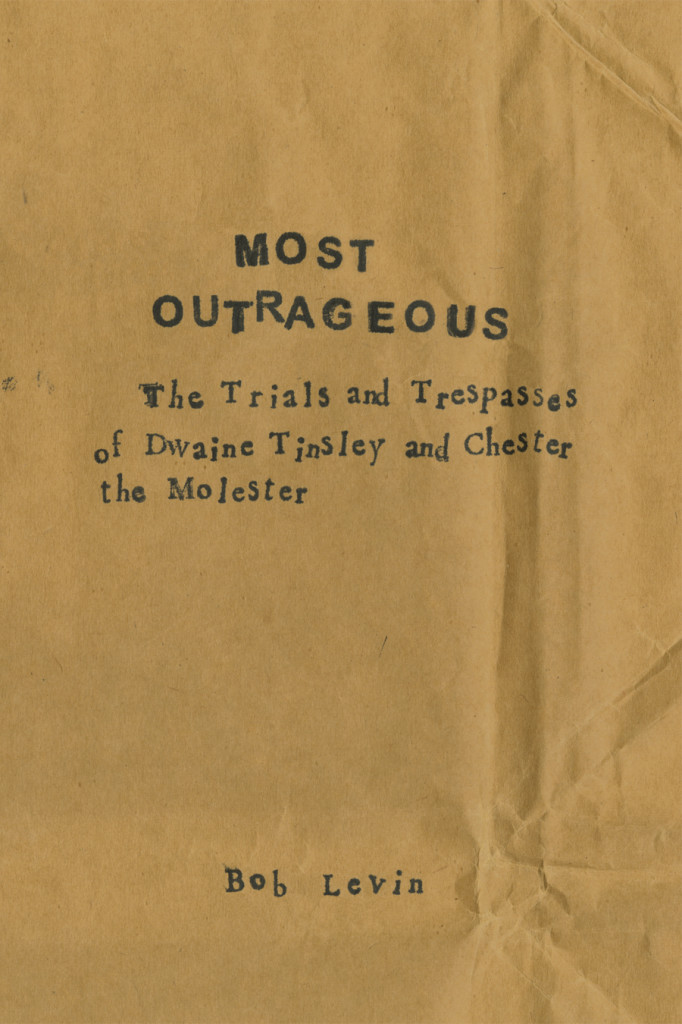 The best book about comics and cartooning written to date…
(And)

Most Outyrageous is right up there with any book in comics… in terms of people at conventions and on-line grabbing my arm (or its virtual equivalent) and conveying “holy shit” astonishment…. I give it my highest recommendation.

The most challenging and thought provoking book I read last year… It is painful to read and impossible to forget.

Levin is unflinching here, but never without the grace, skill and sensitivity… that has come to mark his writing…. There’s no one better writing about the comics industry today.

Moxie Award: Best Book of the Year About Comics.

An even, calm, and sane book about a wild, empassioned and nutty subject…. Levin is always worth reading . And with Tinsley he found a story dark, complicated, and strange enough to get him writing consistently at the top of his range.

The most underrated comics-related book of the year.

Lurid and fascinating… loathsome… (and compelling)”